TECH CITY, is an entrepreneurial cluster which has has grown up around Shoreditch and Old Street in East London, extending to reach the Olympic Park in Stratford.

The Innovator’s Dilemma (Management of Innovation and Change) 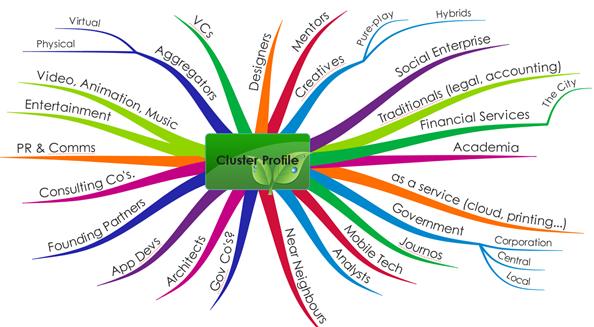 The cluster is essentially ‘organic’ (i.e. not specifically engineered around academia, as was largely the case with the Cambridge cluster). There has been assistance from central government, but much of the entrepreneurial success pre-dates this involvement.

Tech City Map (Figure 2 below) is a ‘window’ on the interaction between companies within the cluster. A high-level analysis of the map and interactions between participants leads to a number of conclusions about the cluster’s make up (Figure 1). It is safe to say it is significantly heterogeneous. There are a number of primary participant groups:

As I watch conversations flow across Twitter’s wires on the Tech City Map I’m intrigued to better understand: 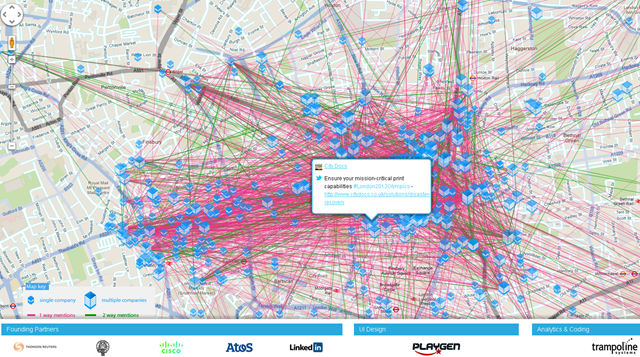