LONDON is a major innovation centre and for a number of years Tech City (aka Silicon Roundabout) has been the dominant London Tech Cluster. With rising prices and increased competition for office space in Shoreditch, tech and media start-ups are being attracted south. Croydon in South London is rolling our superfast broadband and offering tax incentives to tech entrepreneurs. Tech City Croydon is now the fastest growing Tech Cluster in London. 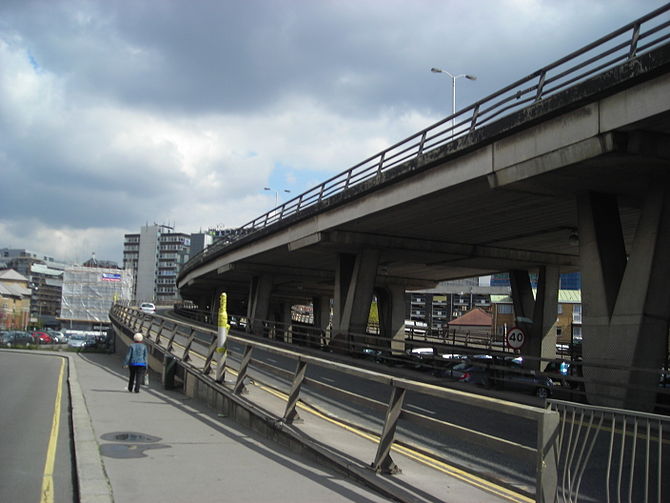 The Croydon Flyover with a slip road heading up to it from a roundabout with Old Town, Croydon (Photo credit: Wikipedia)

According to the Office of National Statistics Business Register and Employment survey of 2012, 185 Tech and Media businesses employing some 1385 staff have been established in Croydon city centre. Croydon was in the news for all the wrong reasons during the London riots in the summer of 2011. As a result of the unrest it was reported that major employers might leave the area. Croydon Council is investing billions in the redevelopment of the city centre and this is paying dividends.

Global Clusters of Innovation: Entrepreneurial Engines of Economic Growth Around the World

Councillor Vidhi Mohan a Cabinet Member of the Communities and Economic Development at Croydon Council, said: “The growth of the TMT sector in Croydon has been spurred on by the council’s £3.5 billion investment in the city centre, including 28 new parks and public spaces and major improvements in and around East & West Croydon stations.”

In its 2011-13 report on “UK Business: Activity, Size and Location”, the Office of National Statistics highlighted an overall growth rate of 23% in Croydon compared with 17.1% across London and a UK average of 11.3%. A further £1.5bn investment by Hammerson and Westfield under the Croydon Partnership is planned.

Innovation Governance in an Open Economy

The Croydon Tech Cluster could further Croydon’s economic revival and bring substantial innovation and high-tech, high-value jobs to the area.

Croydon is offering a 100% business rate discount scheme, the eligibility criteria of which are:

Jonny Rose, founder of Croydon Tech City, said: “Initiatives like Free For A Year are a boon to our vibrant tech cluster in Croydon Tech City. It’s an incredible opportunity for early-stage tech start-ups who are finding themselves priced out of East London to get accessible and accommodating office space without having to worry about cost.”

Smart Cities – Big Data, Civic Hackers, and the Quest for a New Utopia

Affordable office space in London is a major issue and cheaper pricing in Croydon will be a major decision point for new start-ups. Central Government, London boroughs and Smart City planners must grapple with real-estate prices if urban tech clusters are to be sustainable. Tech clusters may become ‘nomadic’, popping up in under-developed urban centres, helping to drive economic growth and moving on when office space becomes cost prohibitive. This might appear fickle, but it has helped move Shoreditch up the social-economic ladder, and it looks likely to do the same in Croydon.

Smart Boroughs in London should be courting tech companies and providing more incentives for entrepreneurs. Tech City in East London has had the lion’s share of central government funding, but there is a strong argument for greater ‘localisation and democratisation’ of funding and support.