KETTLE LOGIC is a type of informal fallacy in which multiple arguments are used to defend a point, but the arguments themselves are inconsistent.

Kettle Logic takes its name from a story related by Freud, of a man who was accused by his neighbour of having returned a kettle in a damaged condition. The neighbour offered three inconsistent arguments:

The inconsistency of argument is of course problematic, it would have been better if the neighbour had only chosen one. 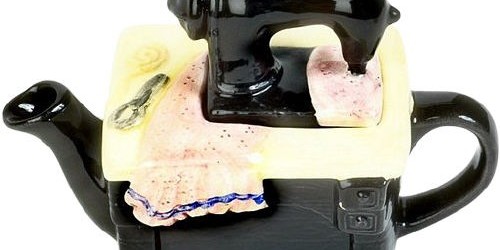 “It was a sewing machine when I borrowed it.”

Argument of this nature will be familiar to landlords (“it may have been on the inventory, but it was never in the property”, “it was damaged before I arrived”, “are you sure it was a kettle”, “perhaps it was a different kettle”).

This highlights a need for a Kettle Logic Trap to collate and detect contradictions in requirements, problem statements, hypotheses, business goals, strategy, risks and issues and organisational tensions.

VPEC-T is a systems thinking framework that guides problem solving using five dimensions, namely Values, Policy, Events, Content and Trust. The Values and Trust dimensions are particularly interesting in relation to Kettle Logic. The former, in the sense of personal and organisational values, and Trust in the sense of the nature of the contradictory argument (deliberate, accidental, concealment, openness etc.).

Lost in Translation (origins of VPEC-T)

Trust in VPEC-T is concerned with the trusting (or otherwise) relationship between all parties engaged in a value system where Trust will be based on intimacy of the parties, one party’s credibility in the eyes of another, and the risks involved. Trust values change with time and circumstances. [source: Wikipedia]

Kettle Logic (as described above) attempts to shift blame and introduce confusion. Contradiction and confusion may equally be introduced accidentally. Without a ‘detect and resolve’ mechanism there is a danger that Kettle Logic will linger, possibly trapping the problem solver into dealing with the contradiction in system design (solving the wrong problem) rather than identifying and removing fallacious argument.